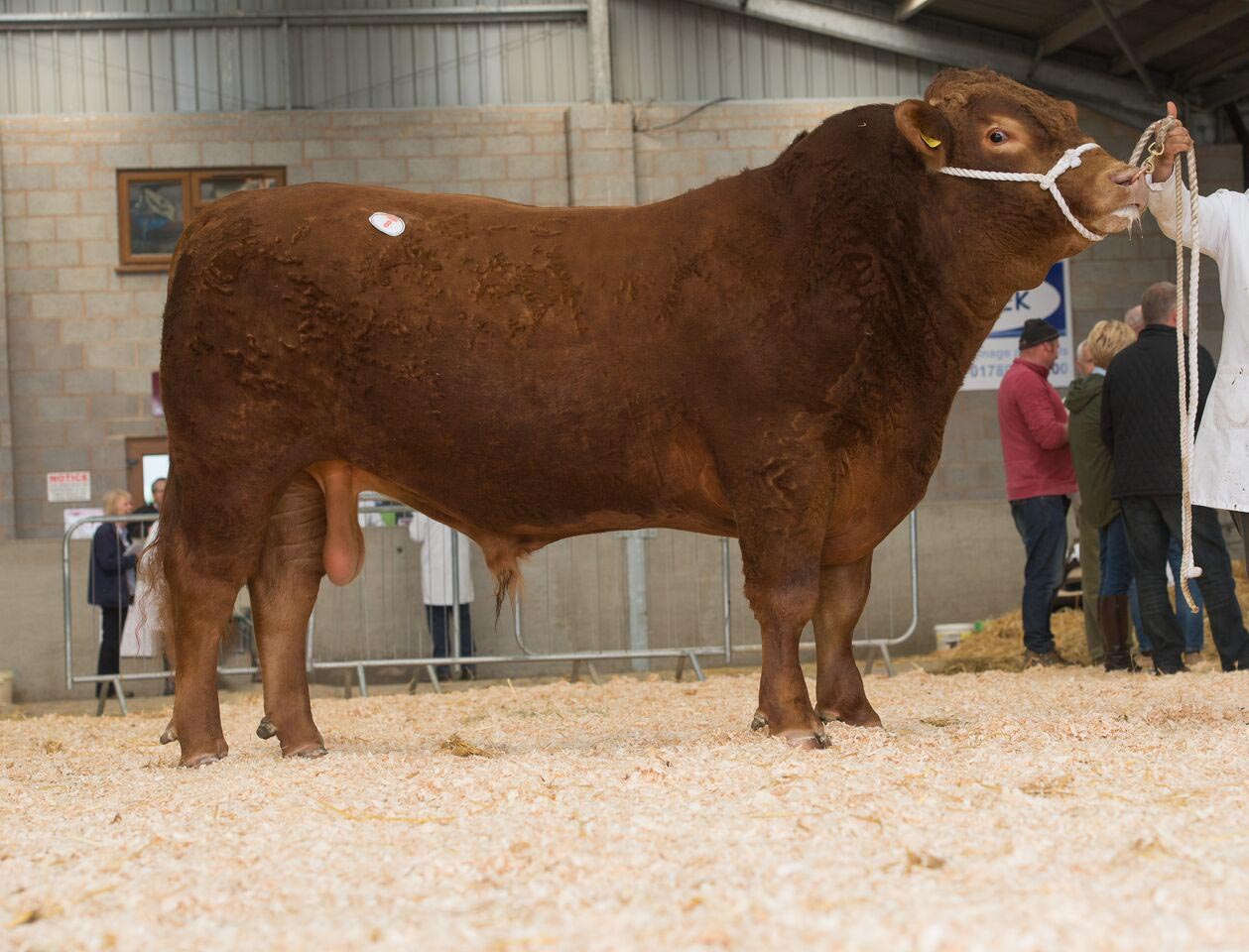 The annual South Devon sale held by Midland Club breeders saw numbers down this year but those cattle that were presented gave good choice and opportunities to the buyers who travelled from Wales, the South West, Leicestershire, East Anglia and the Midlands.

Reserve male champion was A & C Farms’ Langham’s Kubla 14, from Langham, Rutland, a January 2014 born bull by another record price sire, X Mutterton Ashton Bitter, and out of Ewefields Pride 5. This bull has genetics going back to the Shorland, Highgate and Trevassack herds.

In the female section, Mr Ward picked out his female and reserve breed champion from M E & T E Broome’s Welland Valley herd, Thorpe Langton, Market Harborough – Welland Valley Muriel 17, a well-grown February 2014 bulling heifer out of a home-bred dam by Welland Valley Crusader 5 who himself set the record price at the time when he sold at Bristol in 2010. The sire, Z Embury Hermes (T) carries polling genetics. The heifer did not meet its sale reserve and returned home.

Reserve female champion was J & S White’s March 2015 heifer, Broadwood Kitty 13, from Brampton Ash, Leicestershire. The heifer is by Juniper King Canute, and out of Broadwood Kitty 4, and with bloodlines inherited from the Northwick, Juniper, Knowle and Welland Valley herds. 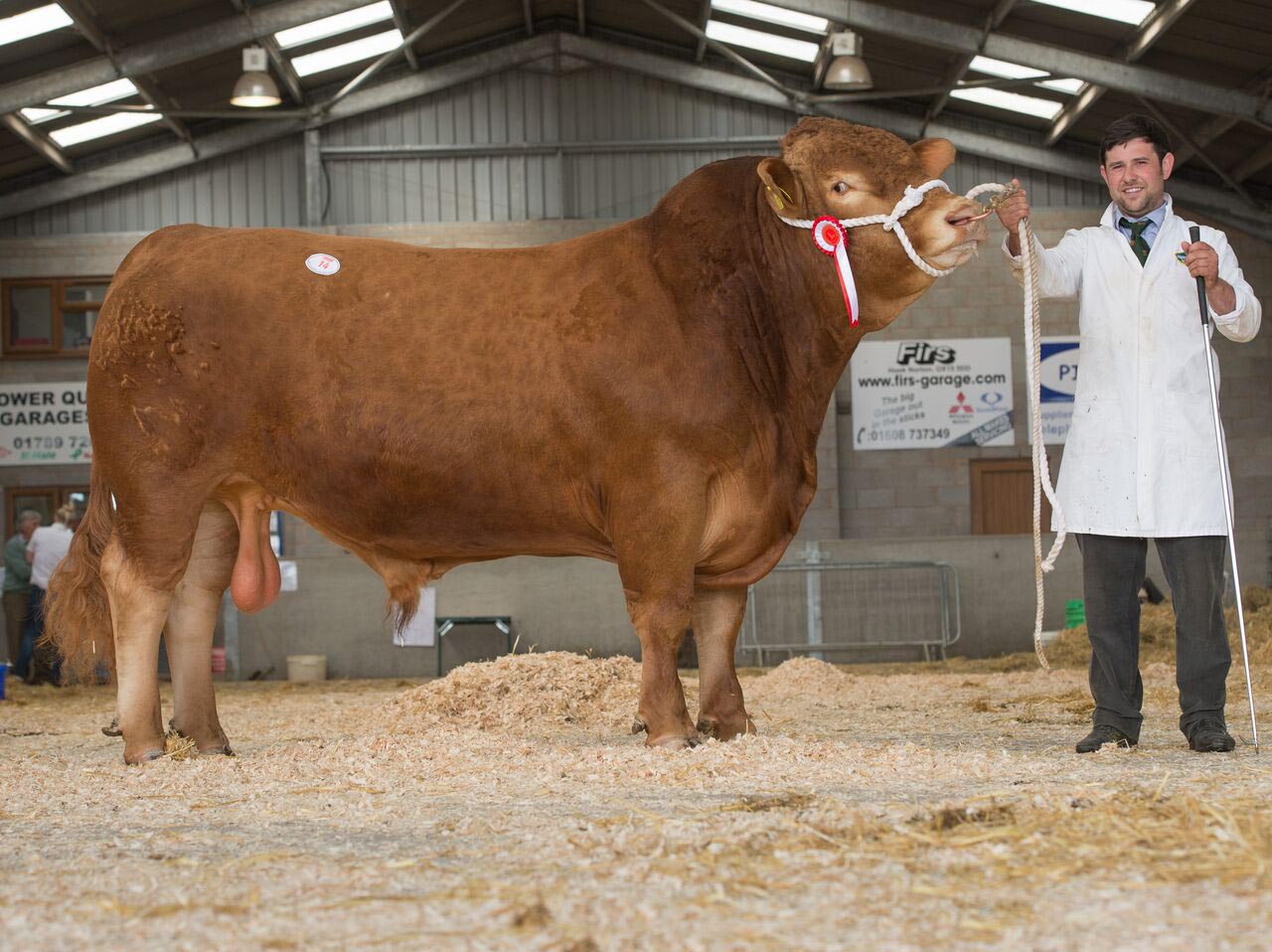 In the sale ring the bulls were led by the Claridges’ Knowhill Dominator 2 (T), another shapely young bull from the Knowhill stable, and also by Sexton Excalibur 7, who sold for 3,700 gns to C Warner, Ledbury, Herefordshire. The breed champion Knowlhill Ambassador 2 sold for 3,600 gns to R J Hopkins, Chippenham, Wiltshire.

Selling at 1,400 gns was J & S White’s 2014 born Broadwood Regatta 1, to C Grisedale, Llanon, Ceredigion. The same buyer acquired two heifers from C J Page for 1,350 gns each, and one from M & S Kettlewell, Chipping Norton, Oxfordshire for 1,100 gns. C Davis from Hallaton, Leicestershire acquired a consignment of heifers which topped at 1,350 gns for a 2013 born heifer with calf at foot from M E & T E Broome.

The dispersal of the organic Conroy herd from T A & N M Jarman, Llanbrynmair, Powys saw a good trade from buyers wishing to build up with foundation stock, and the calves at foot to the cows, all by polled bull AI Rufford SAS Note, were showing their breeding potential. Seven cows and heifers with their calves averaged £1,365, and went to herds in Wiltshire, the Midlands, and Norfolk

We have 14 guests and no members online